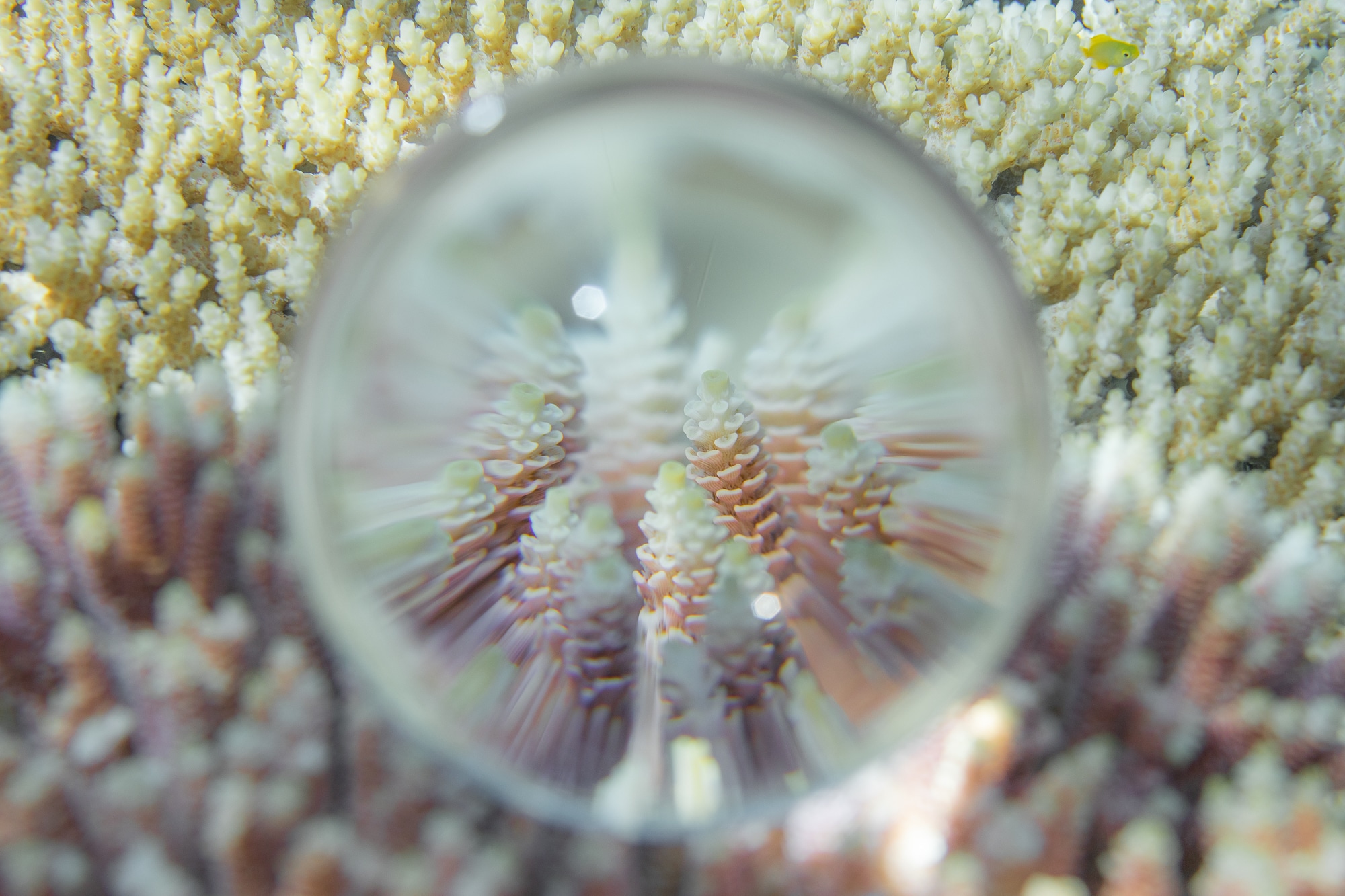 From the deep sea to the arctic frontier and tropical coastlines, corals have formed the foundations of many ecosystems. Coral reefs have been around for millions of years and support thousands of communities around the world. Though due to rapid climate change, these wonderful ecosystems could be the first to disappear from the earth. According to the International Panel on Climate Change (IPCC), we are projected to lose up to 90% of corals around the world, even if we meet the goal of limiting global warming to 1.5oC (IPCC, 2018). In a bid to better understand how corals can respond to these changing conditions and save coral ecosystems from collapse, researchers are looking into the potential of the so-called “super-corals”. But what is a “super-coral”? What do we know about them?

There is no unique definition of “super-coral”. The term is rarely used in scientific literature, with some exceptions (see Grottoli et al, 2017 and Camp et al, 2018). It will often be mass media reporting on the research that will then call any such coral a super coral. This does not mean however that researchers do not use the term at all as it can be useful in some cases to describe a certain “group” of corals to the layman. If there is no set definition of super-corals, then what are we supposed to understand when we read and hear the term? Dr. Emma Camp, and her collaborators have put forward an explanation of the term that may not define it but will help to understand the idea behind it.

A “super-coral” is ultimately a coral with superior tolerance/survivorship when exposed to conditions considered “stressful” for most coral species (Camp et al, 2018).

Not quite, as there are different ways a coral can survive under stressful conditions. They can survive due to refuge and/or due to tolerance, which are not the same.

Survivorship through refuge is achieved because some environmental factor is shielding the coral from stress. Such protection can be provided by other organisms such as mangrove trees or by hydrological conditions such as colder water currents that keep a part of an ecosystem cool while the rest overheats, facilitating coral survival.

On the other hand, survivorship through tolerance can be characterized as an increased ability of a coral to cope with stress without the need for external aid, but through intrinsic mechanisms derived from genetic selection or from conditioning to a particular stress (Camp et al, 2018). It is important to distinguish between these kinds of survival mechanisms as they may alter the use cases for the coral. It is also possible that survivorship through the refuge mechanism is not sufficient to make a “super-coral” (Camp et al, 2018).

So, to define what mechanism is behind the increased survivorship of “super-corals” is important to make better decisions about their management and potential in future scenarios.

Additionally, there are different kinds of stress based on their duration, intensity and source. There is press environmental stress, a persistent stress, that will last for a long time. Think of the gradual warming of the oceans, or the consistent increase in ocean water pH (known as ocean acidification). This is not the same as pulse stress. Pulse stress is a rapid and sudden stress event that may not last for long, such as an El Niño or El Niña events, or other sudden but “short-lived” bleaching events. Coral increased survivorship to press stress does not mean conditioning for pulse stress, an important consideration when projecting the use of corals’ survival in future conditions (Camp et al, 2018).

The same is true of the source of stress. A coral able to tolerate high temperatures may not be able to tolerate high salinity. The annual and global average for coral tolerance is 21.7- 29.6 °C for temperature and 28.7- 40.4 psu for salinity (Guan et al, 2015). Most corals can only tolerate temperatures that are 1 to 2 degrees above the average summertime maximum and can only do so for 2 to 4 weeks (Hoegh-Guldberg, 2011). A “super-coral” may be able to tolerate several or only one of these environmental variables outside their maximum-minimum range. So, when talking about “super-corals”, the definition of the stress it is resistant to can greatly contribute to the common understanding of the term.

Whether we should use the term “super-coral” or not is a moot point. It is a term that is being used by more and more people and its use will continue to increase as more research on corals is released. What is more important is to acknowledge that the term “super-corals” must be understood as a catch-all term. Meaning that it does not specify by itself the mechanism of survival a coral has, the stress to which it is resistant to, its geographical range, and therefore if it has potential use as a conservation tool. It is not a term that can stand on its own, it needs an environmental context specifying the meaning, so communication can be more assertive and in turn, appropriate management decisions can be made.

The term “super-corals” is often used to help understand and define conservation efforts to increase coral reef tolerance. An endeavour that has become ever more pressing while the effects of climate change are becoming more and more severe. “Super-corals” may prove to be one piece of a puzzle that can help protect and preserve coral reefs for generations to come. It is important however that they are used with care and understood. In our next article some applications in different contexts of the so-called “super corals” will be explored.

Are super-corals really a super solution ?

Written by: Richard Singhroy Acknowledgements to Dr. Emma Camp   While reefs are adaptable ecosystems, they are struggling to adapt to the quick changes brought…

22 September 2022
The impacts of climate change on coral reefs

How is the increase in water temperature threatening marine biodiversity in the Mediterranean?

Written by: Vincent Diringer Acknowledgments to Joaquim Garrabou   When it comes to rising sea temperatures and its effect on marine biodiversity, Australia’s Great Barrier…

Climate-impacted reefs may continue to supply vital micronutrients through fisheries

Acknowledgements to James Robinson.   Coral reefs rank among the most productive and diverse ecosystems on Earth – including more than 700 coral species and…